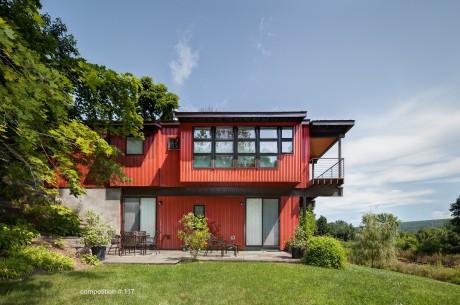 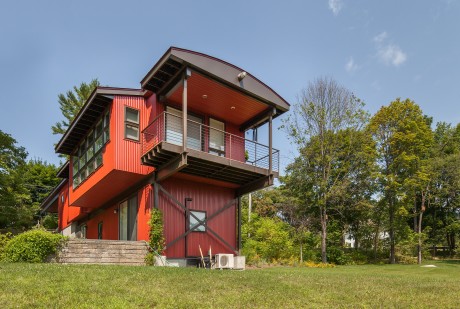 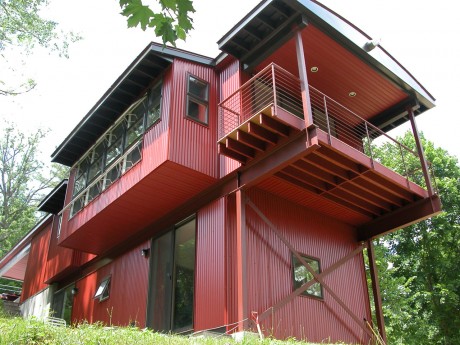 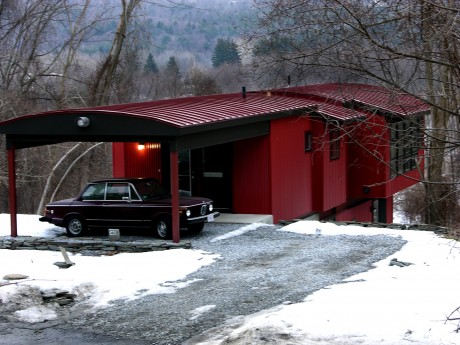 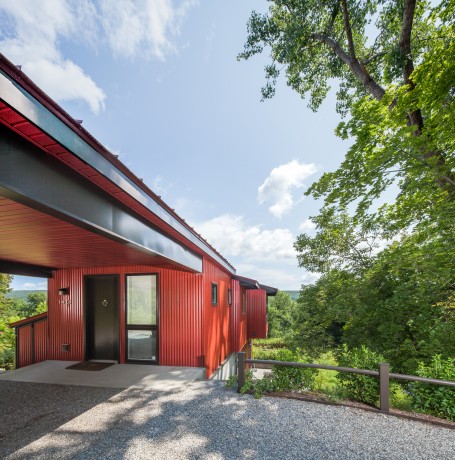 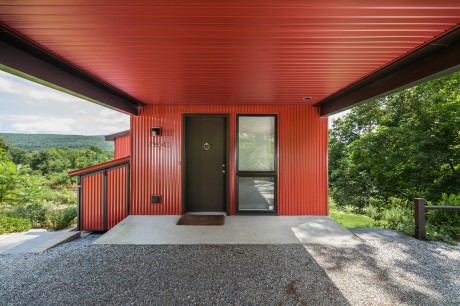 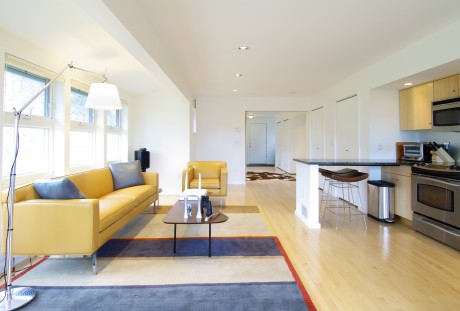 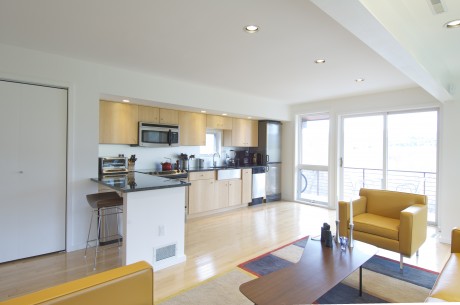 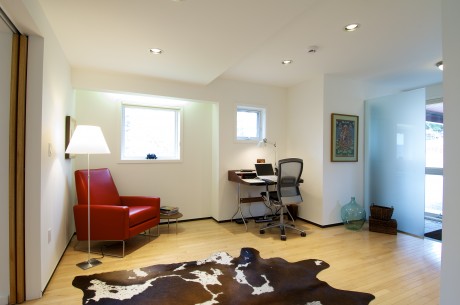 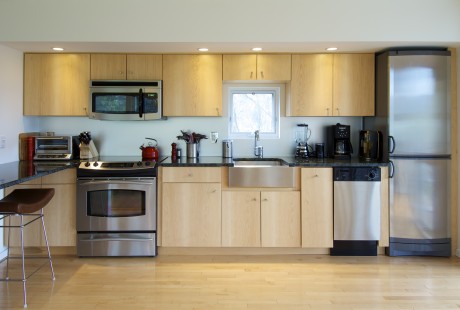 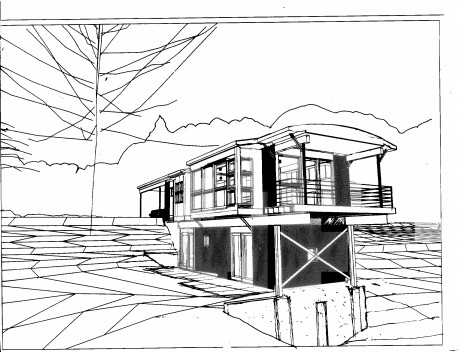 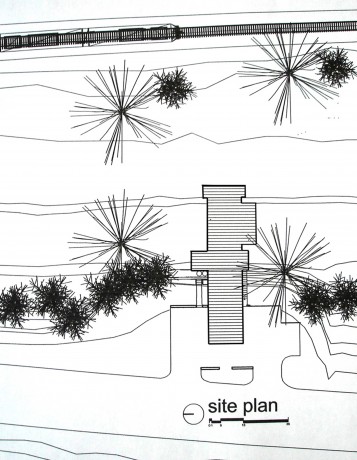 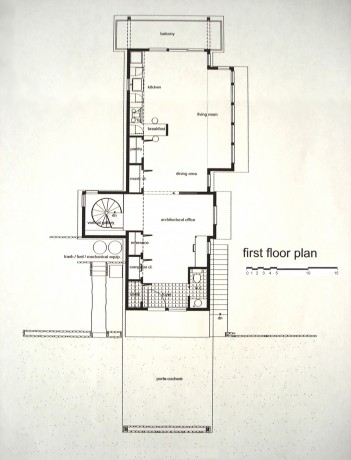 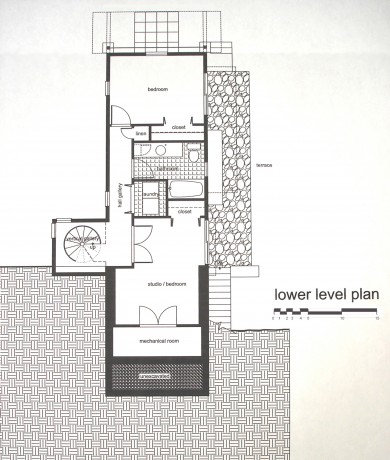 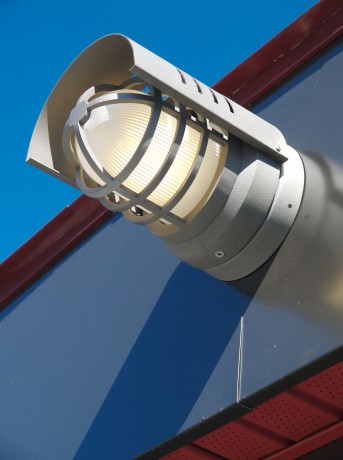 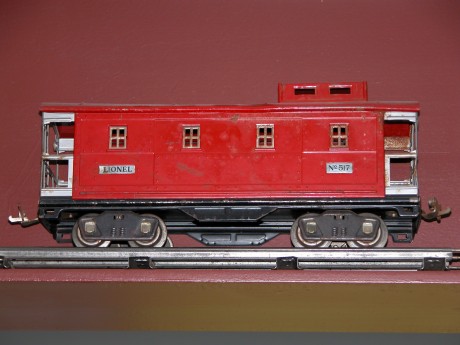 Built in 2004, this 1600 sf house was originally designed for myself.    the intention was to design a small house that worked on this oddly shaped, steeply sloped site near town…and adjacent to the railroad tracks.  Rather than fight the location — frankly, i am a big fan of trains — I used the imagery of the train, particularly the caboose, to inform the design of the house.  The linear shape and curved roof, as well as the exterior lighting units, all pay homage to the train.  The exposed steel structure — both inside and out  — is supplemented by the steel siding and roofing.  Requiring little maintenance or energy, the house attracted a great deal of attention in the somewhat tradition-bound Berkshires; it was awarded an WMAiA Honor Award for design in 2009 and was featured on House and Garden Television in 2010.   The house’s original kitchen, entry and bathrooms were renovated by the present  owner, maintaining the spirit of the original design.