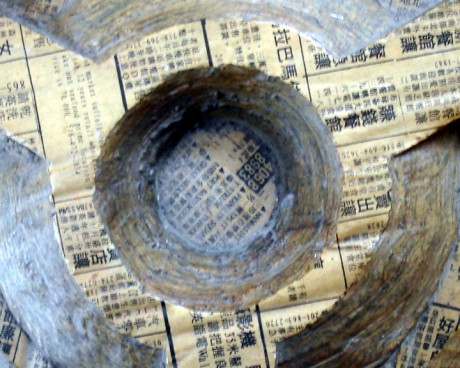 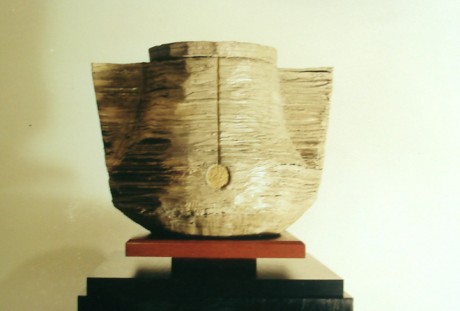 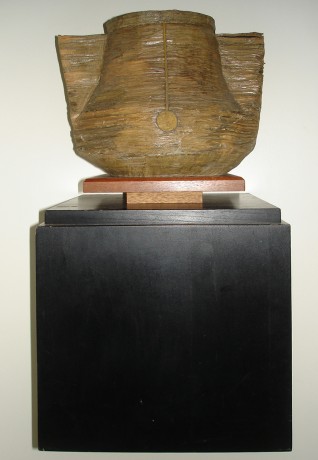 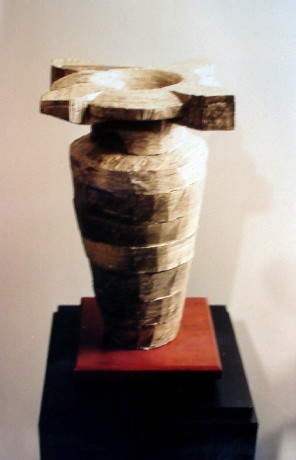 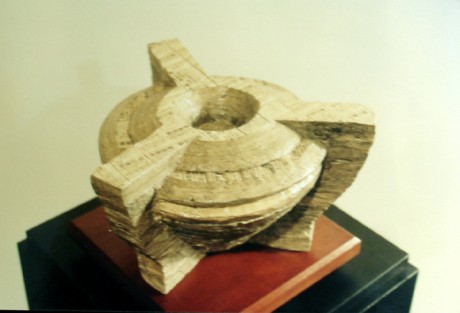 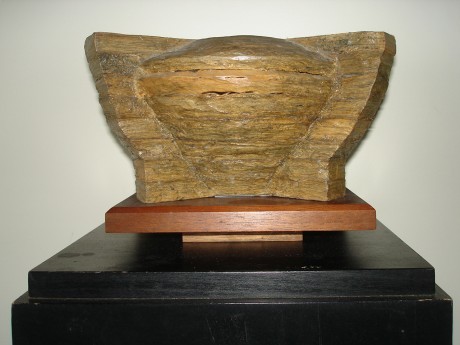 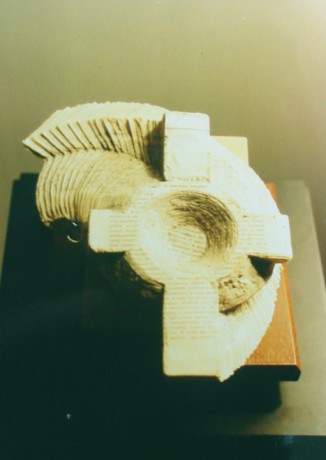 These objects – the ‘totems’ and the ‘vessels’ — are transformations.   Each is created from newspaper and text which itself is transformed physically from wood, then re-constructed as a new solid, not unlike the wood it originally came from.   This is done by laminating many sheets of paper, sheet by sheet, with casein then carving or manipulating – cutting, sawing — the resulting block when it dries.  On another level, each transforms the information contained on that newspaper or text into another identity, that of totem or vessel.   Fragments of that previous identity as information-bearing text remain but can be seen only in excerpts on the surface of each object, thus re-constructing the original meaning into mere glimpses of that meaning, partial and incomplete.   Much more of the original information remains, but it is buried within the body of the object, and cannot be reached without destroying the object to retrieve it.   Finally, each of the new objects – totem and vessel – is a transformation of the conventional notion of what constitutes a totem and what constitutes a vessel.