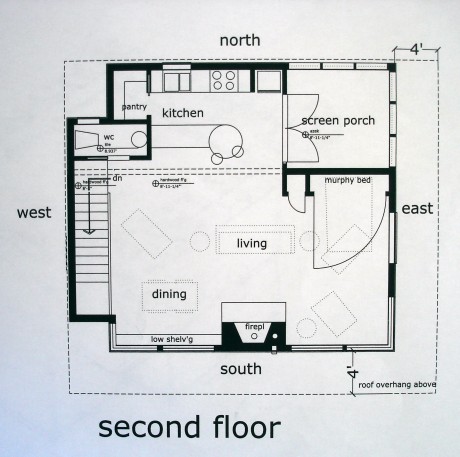 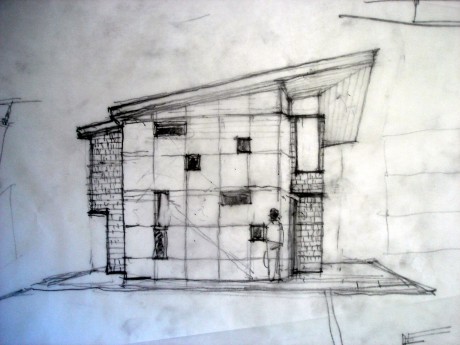 After many years of weekend use by the owners they finally decided that continued repairs to the existing cabin were no longer feasible and they approached us about designing a contemporary ‘cabin-in-the-woods’ that would continue the legacy of intimacy and connection with the surrounding woods of the old cabin, but do so in the playful contemporary style we champion.    Wood beams were carefully removed from the old house prior to demolition from selective reuse and construction of the new house was started in 2013.   The passive solar design will be open and airy, with screen porches on each level.   Reversing the traditional two story house layout, the living spaces were placed on the upper level and the master bedroom (the houses only bedroom) was on the lower level.  As was the case with the older cottage, the woods are everywhere evident from within.  A ‘guest bedroom’ will be constructed with a concealed ‘Murphy bed’ on the upper floor, with privacy supplied by the door that conceals it.

This house was awarded an AiA citation for design excellence in 2014.